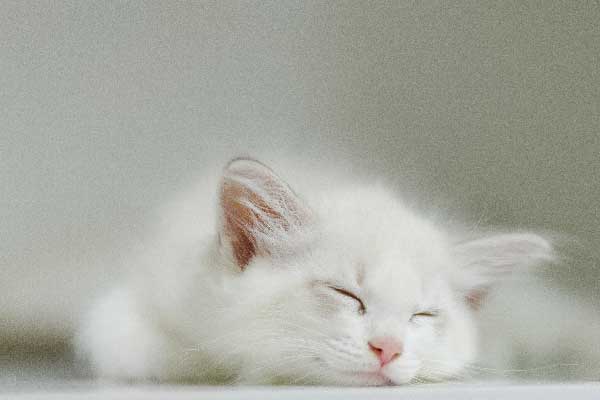 A stray, dirty, white cat was brought into the shelter. He was a mess. His coat was matted, brown instead of white, skinny but worst of all the third eyelids were covering both eyes. It seemed as though he could hardly see.  He was starving and quickly ate the food offered.  He also constantly moved his head in a circular motion.  But he had the most amazing personality and purr and we could tell at some point he had been a truly loved pet. The staff named him Bernie.

I offered him some Reiki and he just laid there and lovingly received it; it was almost as if he had been waiting for it. At this stage Bernie did not communicate with me, he just needed the Reiki energy.  When the veterinary staff checked him out, it was discovered he was indeed very, very ill but it was not sure what caused his illness.  However, it was decided to keep him in his pen and hope that his family would come for him.

Next week I offered Bernie more Reiki and this time he was ready to communicate with me having slightly recovered due to regular feeding. Bernie told me his name was Bubbles but Bernie would do fine and that he came from a loving home with a very elderly lady who became quite ill and was taken somewhere.  The man who had taken the elderly lady had also dumped Bubbles Bernie.  Bubbles Bernie's eyes were still in a terrible state and his coat was shedding terribly but he was putting on weight.  He still spent most of his time sleeping.

During the following weeks Bubbles Bernie and I developed a strong relationship.  When I first began volunteering I made sure I would not become too attached to any animal as I already had several animals of my own at home.  But there was something about this cat.  He knew the days I volunteered and it seemed he waited for me and as soon as I opened the door to Cat Quarantine, Bubbles Bernie would call to me and rub himself against his pen door and ask for more Reiki, which I readily gave to him.

The veterinary staff gave Bubbles Bernie several courses of antibiotics and his eyes slowly improved though the antibiotics did upset his tummy.  When I was at home, I would often receive a connection from Bubbles Bernie asking for Reiki and I would perform a distant healing on him. Our bond continued to grow and very, very slowly his health improved.  Then due to family commitments, I was unable to volunteer for a few weeks.  I truly missed this gentle, loving cat and when I returned I discovered that Bubbles Bernie had fully recovered and was placed in the Cat Adoption Section.  I ran out to the adoption area and there he was looking absolutely beautiful.  When he saw me, Bubbles Bernie ran to me, jumped up for a cuddle and then put both his paws around my neck and purred and purred and would not let go. This was the most amazing thank you I had received from any shelter animal and it brought tears to my eyes. A few days later an elderly couple fell in love with Bubbles Bernie and adopted him. Although I would miss him, I was very happy and thanked the power of Reiki.

All Reiki treatments are personal and confidential combining the modalities of Reiki and Seichim to help clients heal on a physical, emotional and spiritual level.

"Wendy helped us to better understand how our dog saw herself 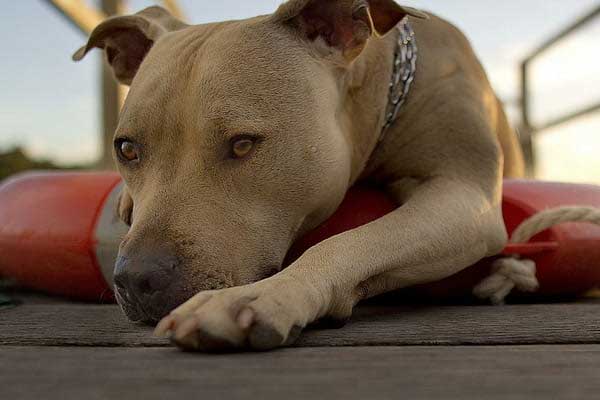 A lovely, beautiful tanned coloured American Pit Bull had just been delivered to the shelter where I volunteered. She had been found wandering the streets,...

A stray, dirty, white cat was brought into the shelter. He was a mess. His coat was matted, brown instead of white, skinny but worst...